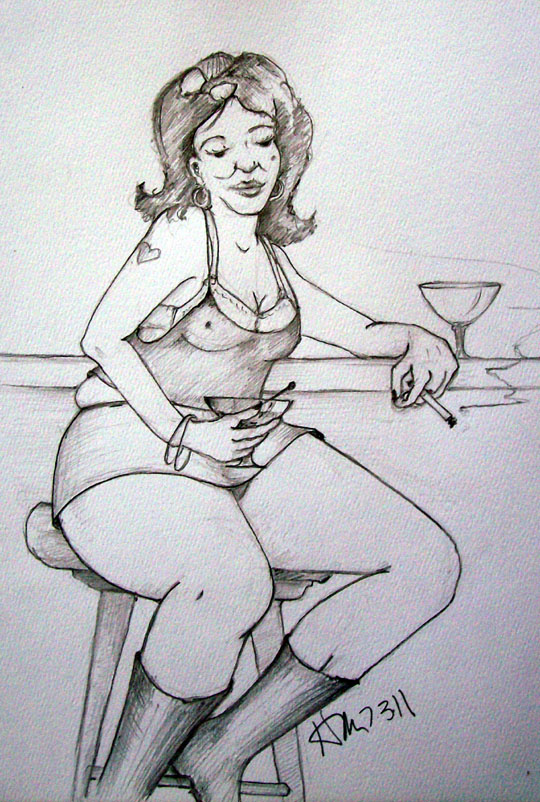 I love old words and sayings  from my youth that are no longer in common usage, yet are still highly descriptive to those of us still familiar with them. Poontang is one of my favorites [bet ya know what that is], along with the expression, “I’ll be dipped in shit”.  A saying of dismay, dumbfoundedness, or sudden realization that what you though was true, isn’t.  All highly colorful, yet still loaded with imagery.

Skank is in this category. The Urban dictionary defines skank as a derogatory term for a (usually younger) female, implying trashiness or tackiness, lower-class status, poor hygiene and flakiness, and a scrawny pock-marked sort of ugliness. Could also imply promiscuity, and although applicable to all races, is usually reserved for use describing white trash.

Wow…No wonder Michele Bachmann got so upset when Chris Wallace asked her if she was a flake. She probably knew from a past life as a trailer park welfare queen that Chris was asking if she was a skank. Shame on you Chris. She’s definitely not a skank; she’s a media Ho. Can’t leave out Sarah; she deserves to be special too. Sarah is borderline skank material in my opinion. She’s got tackiness down ( can’t get more tacky than forcing autograph seeking fans to buy  daughter Bristol’s new book “How I got knocked up by Levi, but am now a teen activist”, before signing her own).  “You mean I gotta buy two books to get one autograph? I’ll be dipped in shit.”

I can’t wait till Sarah throws her hat into the ring for president. Having Michele steal the lime-lite has got to be killin’ Sarah. And although Michele insisted there’d be no mud-wrestling match between them, I think Sarah would win hands down at wet t-shirt night.

Now ladies, don’t get all upset at Hansi for being a sexist pig. I believe in equal opportunity ridicule and hope to soon publish a post on Sleaze, the male counter part to skanks, but more commonly know as Sleaze-balls. You girls know one when ya see one, especially if ya watch the Fox News channel. All those guys look sleazy to me. And the women (especially poor Greta Van) are either real skanks or way over on the trashy side. Must be all that ‘big hair’ that’s driven em red-necks to Fox. And if you’re fortunate enough to get Good Morning LA, you can watch Jillian give the weather report. She’s got skank going on with big dose of sleaze; a pretty toxic mix for us old guys.

While we’re on men, here’s a little secret: we all think with our dicks.  Yep!  In fact we are no smarter than a fish.  If it’s cheesy and smells interesting; we’ll bite it.  If it’s shiny with sparkles and even some feathers (like a lure); we’ll hit on it.  Maybe that’s why they call those things in our pants  trouser trout.

You know what?   Now it’s your turn to take a little dip in some shit with these tacky limericks:

There once was a fellow named Hank 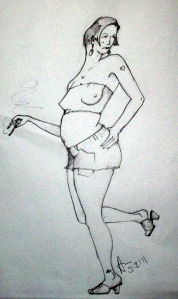 Who fell in love with a trailer-park Skank

Loved to give a good schnarlin’

So the rest of the trash thought her top rank.

There once was a gal named Joleen

Who lived the life of a welfare queen.

When she ran out of stash

And needed some cash

She just had another kid, is that so obscene?

There once was a man named Frank

Whose wife was a naughty little skank

She liked to get kinky

Hot, wet and a little stinky

So she slipped him Viagra nightly as a prank.