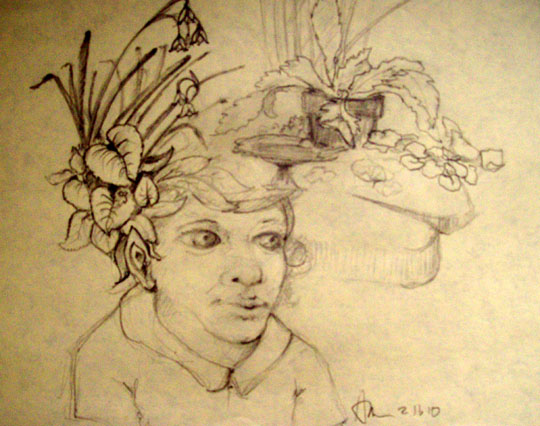 I recently read an advice column post on chain letters. I thought I’d died and gone to heaven (the liberal side, not the fundamentalist, have no fun even in the afterlife, side), cause both advice columns and chain letters are what I consider Ripe for Ridicule. And being not only a sarcastic old codger, but a lazy one too, I’ll let Wikipedia (my source for all knowledge worth knowing about) explain what a chain letter is:

A typical chain letter consists of a message that attempts to induce the recipient to make a number of copies of the letter and then pass them on to as many recipients as possible. Common methods used in chain letters include emotionally manipulative stories, get-rich-quickpyramid schemes, and the exploitation of superstition to threaten the recipient with bad luck or even physical violence or death if he or she “breaks the chain” and refuses to adhere to the conditions set out in the letter. Chain letters started as actual letters that one received in the mail. Today, chain letters are generally no longer actual letters. They are sent through email messages, postings on social network sites, and text messages.

So let’s let the ridicule rip. One of my favorite messages is the one 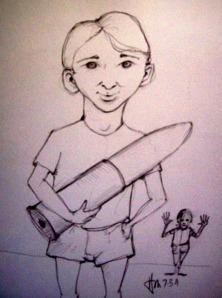 about a young child; we”ll call him Baby Leroy, who has a terminal disease, and being unable to leave his hospital bed, would like to receive a million post cards from around the world in order to break the Guinesses Book of World Records record for number of post cards received in an infirmary. And oh yeah, if ya just sent a one dollar postal money order taped to your card, it’ll help the Leroy family pay for medical bills. My god. How can anyone refuse a young child’s last wish. How sad….I usually press “delete” and go on to the next one.

A big helping of superstition on top of some guilt tripping is usually included.  Such as:  “Soooo many people have sent in their cards (and money orders) . You wouldn’t want to be the first one that crushes Baby’s Leroy’s dream? Would You???” My bleeding heart is now hemorrhaging, so do I do it? Hell No!  I’ll take the chance of missing out on all the goodwill and peace on earth, that will result if I do. But then again there’s always that risk that failure to respond will cause havoc and greed to continue on the planet, let alone break a poor child’s heart.  snif snif 😦

Well, I tried to come up with my own clever, yet bitingly sarcastic chain letter, but went to Hoax-Slayer and found this real one: Here it is and I’m sending it to you. . You’ve been warned so get busy.

Our lady of Guadalupe Chain Letter;

Send this letter to twenty people and you will receive a surprise blessing from Our Lady.

Alberto Martinez received this picture, gave it to his secretary to make copies but they forgot to distribute them: she lost her job and he lost his family. 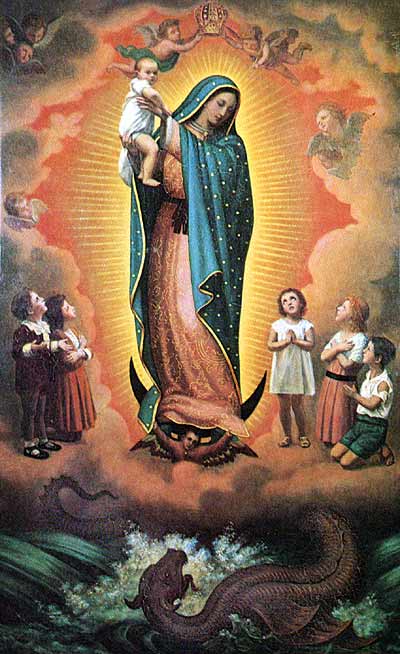 So….ya know what ya gotta do now.  Email this to twenty people ASAP and then just kick-back and wait for all them good surprises to happen.  I’m sure waiting, and sure hoping that posting this to the twenty or so folks that read my crap counts.

What?  You doubt?  Well you’ve been warned.   SURPRISE