While I’m on a roll with nifty words and phrases [see my posts: Skank and Lying Sack of Shit] I thought I’d have to throw this one into the mix. If you are a frequent follower of the this blog, you’ve probably already noticed that bullshit plays a big part in all my writing: drawings too. But why I like the term/word Bullshit is because it’s so versatile, and has a multitude of meanings and applications.

I had to cancel a fishing trip with one of my good buddies because of a family emergency. And as a result will be missing out on a lot of good bullshit. Nothing better than fishin’, drinkin’ and the bullshit that inevitably follows. And my bud, Geezerpuss, is so filled with arcane knowledge on a multitude of subjects, that one might even say that he is full of bullshit, or, a great bullshitter.

But leaving my fascination with potty mouth posts behind, I think there is one application for the word that is most appropriate these days. And that would be: “Calling Bullshit.”  Calling Bullshit, for me, is an expression of disapproval or refusal to accept something you know just isn’t true.

I remember being in Yosemite in 2004 during the presidential debates between John Kerry and George Bush. Old “W” was telling some real whoppers in those debates and bending the truth sideways. The debates were being broadcast in the Curry Village Cafeteria, so I was in mixed company and had to watch what I said. Well when “W” told a huge fib, the only way I could express my dis-approval  was by covering my mouth , and while feigning a cough, yell out “Bullshit”. I know, it’s a classic ploy but still highly effective.

So, all bullshitting aside, when you hear or confront something you just know isn’t true or just plain doesn’t sit right [ commonly know as horse shit – different animal, same bi-product]. I’d encourage you to just “Call Bullshit”. Simple as that! Much less offensive than saying “Fuck You”, but still packing that wallop of dis-approval. What you are really doing is calling a “timeout” You’re letting the Bullshitter know, that you, the Bullshit-ee, is not buying it. “Let’s go no further. No thank you!” You’ll feel better, and it’s far more healthier to vent your feelings appropriately than to hold them in.

So, for instance, when ya hear Sarah Palin telling a Fox interviewer that she thinks all this default on the debt limit business is way overblown and nothing is gonna happen, don’t just sit there in disbelief. Call Bullshit!

No such thing as global warming? Bet the folks living along the entire Mississippi River are collectively calling bullshit on that one. The debt ceiling crisis: Bullshit in all it’s meanings. Got to watch it though. I personally can’t watch Rep Eric Cantor without my potty-mouth going total dysentery, and overflowing with effluent. Leaves a foul odor in the air, let alone my mouth

So you get the general drift (don’t breath deeply) of what I’m saying, and how valuable a tool Calling Bullshit is. Use it liberally, yet politely. You may get more mileage out of a straight-up “Fuck You”, (not to mention the emotional satisfaction that goes along with it) but, “Excuse me, I’m going to have to call Bullshit on that one.”  Well that’s so much nicer, polite, yet just as effective. You’ll be glad ya did, and feel better too….And that’s no bullshit. 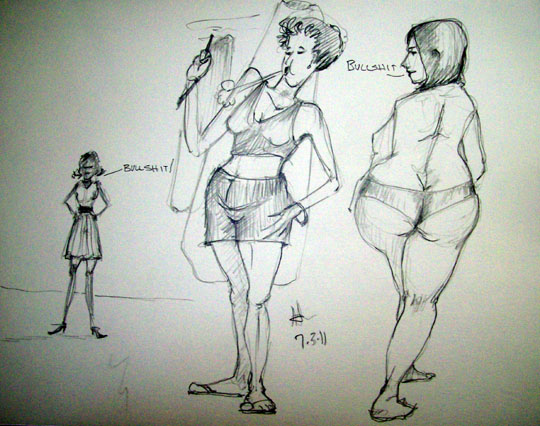