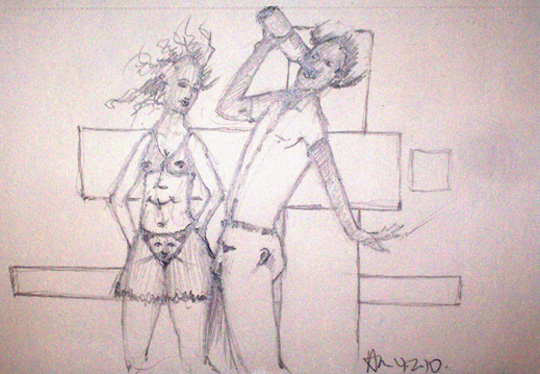 I’ve been listening to a lot of the music I liked in the 60’s lately. Stuff like Hendrix, the San Francisco bands and Led Zeppelin (first album). And it got me thinking about the blues. I think I first discovered the blues with Paul Butterfield’s “East West” album. Didn’t know it at the time; but it was pure Chicago Blues. Butterfield was a great harp player;  not  harmonica player. The two extended jams on that album: ‘Work Song’ and ‘East West’, blew us away in college. Wow…and they still sound good today.

Funny thing was, I really didn’t “discover” the blues back then, as much as realize that what I was listening to was….the blues. A lot of early rock and roll had a big blues influence. Eric Clapton of Cream was playing them, along with a lot of other English bands. John Mayall in particular.

Having had no real exposure to the blues in the early sixties.  I had no clue as to what the Blues guys were talking about.  When I heard the Doors do “Back Door Man”.  I just though it was some cool psychedelic type song.  But after I heard Howlin’ Wolf’s original version, with it’s undulating rhythm I got it.  “The men don’t know, but the little girls understand”.  Hell, I was lucky if I could be a front door man at age 19, let alone a back door man making his “mid-night creep”, sneaking in and screwing another man’s wife.  Now a days I think the term “back door man” is more indicative of one’s sexual preferences than his prowess in the Adultery Arena (one of my favorite sports venues).

Although I considered myself a pretty groovy guy in the day, I was really a lame little white-boy when it came to the blues.  I didn’t know what my Mojo was, let alone whether or not it was working on you.  When Elmore James sang about “Shaking your money maker”, I though he meant waving your wallet in the air.  But I found out.  Dig this:

Back in Los Angeles in th late 60’s, all the big rock bands came through the Shrine Auditorium Exhibition Hall. I mean Everybody. And so did the real blues guys.  I remember seeing Albert King play there. Thing was, the Shrine gigs were primarily attended  by a bunch of young white hippies, and when Albert brought his band through (probably on detour from the ‘chitin circuit’ ), it was a real cultural shock.

Here’s this huge hall, filled with a bunch seriously stoned hippies, and Albert’s band appears and starts playin’ without Albert. OK that was cool, a warm up before the “star” appeared. Better than four space-cadets wandering on stage so loaded they couldn’t find their instruments. But then, before Albert appeared, out came four scantily clad, a touch on the chubby-side, black dancing girls who start shakin’ there thangs (you know; money makers) in front of all us impressionable, yet stoned out of our minds, youth. Whoa…that was the most unbelievable thing I think I’d ever seen; something my parents never took me to or let me see.  Shit! I think Albert even wondered were the fuck he was too. But here’s the thing, once Albert started playing, the place fell silent, and after all of his extended guitar solo’s there was a hearty round of applause in appreciation. I think ol’ Albert started to realize that people were diggin’ on him. I sure was.

The blues’ influence had less of an impact on the bands of the seventies, and it wasn’t until a guy named Stevie Ray Vaughn hit the scene and blew us all away with his blues guitar, that the blues started coming back. At this time “Roots” music was making a resurgence in LA and a lot of bands playing nothing but basic guitar-laden blues and rockabilly where being heard, groups like the Blasters and Paladins. But blew me away were the Fabulous Thunderbirds. A Texas band with Stevie Ray’s brother Jimmy in it. They had the up-front big guitar east Texas blues sound goin’ on, with a big helping of Slim Harpo thrown in.

I guess you can tell I’m a bit of a “music nut”. And I got to admit I love the sound of an electric guitar played with a touch of reverb.  Add an undulating swampy rhythm, and it don’t get much better than that. The thing I like best about the blues is that it’s all about life and living.  Raw sex, relationships, cheating, getting by in a tough world. It’s all there slightly hidden by a veil of earthy euphemisms.  Throw in a pick-up truck with a rifle rack in the rear window and you got country music.  It’s not just slow  depressing stuff, but taking a little control over your lot in life and joyfully singing and playin’ some real butt shakin’ music in the process.  And being able to just sit back and listen, is for me, one of the basic pleasures in life.  It’s kinda like one of my favorite blues songs, “I’m so Happy, I’m so glad I got the Blues” .

Hope you got the blues too….The happy kind.  The kind that make you jump out of your seat and start shaking your money maker.